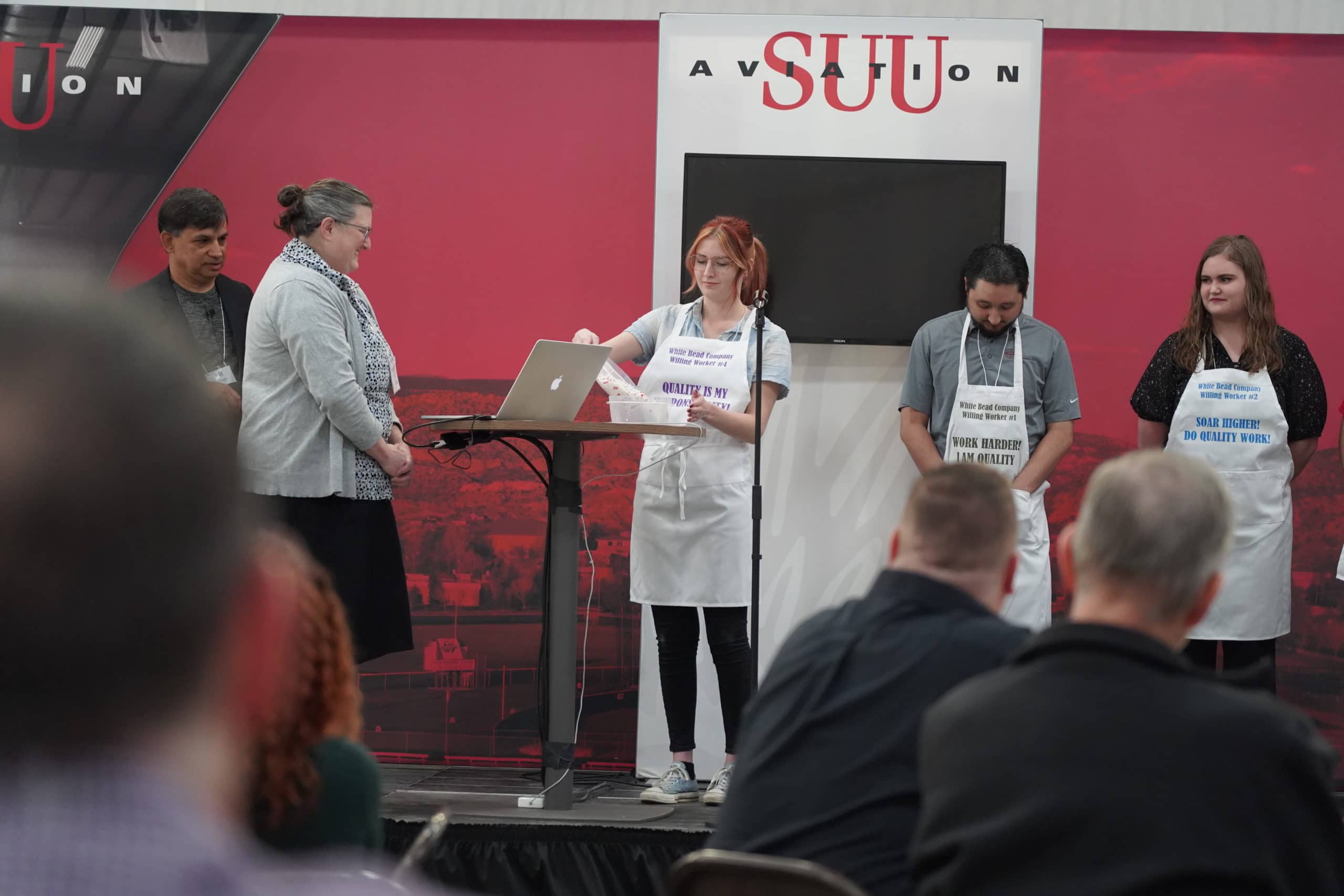 Beginning in the early 1980s, Dr. Deming used his infamous Red Bead Experiment to clearly and dramatically illustrate several points about poor management practices, including several of the Seven Deadly Diseases, with great disregard for the 14 Points of Management.

The Red Bead Experiment uses a control chart (also known as a process behavior chart) to show that even though a “willing worker” wants to do a good job, their success is directly tied to and limited by the nature of the system they are working within. Real and sustainable improvement on the part of the willing worker is achieved only when management is able to improve the system, starting small and then expanding the scope of the improvement efforts.

The use of a control chart represents an application of statistical theory, a tool for timely judgment of performance variations to be made according to the Deming System of Profound Knowledge.

Lessons from the Red Bead Experiment

The Intellectual Foundation of Modern Improvement