Start your Deming transformation! Experience incredible opportunities to create joy in your work and life, resulting in lasting success – however you define it.

You’ll hear from Deming experts on the fundamentals of the Deming Philosophy, as well as the relevance and application of Deming in today’s complex world. You’ll network with leaders from a variety of industries and sectors who are dedicated to driving out fear and harnessing the power of genuine collaboration. Whether you are a long-time Deming enthusiast or new to the community, this Forum is for you! Full Forum Schedule coming soon! 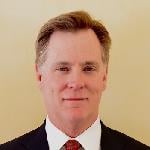 Kevin Edwards Cahill is Dr. Deming’s grandson and currently volunteers full-time as the executive director of The W. Edwards Deming Institute®. He also serves on the Board of Trustees, where he is president and a successor founding trustee.

Kevin is responsible for guiding the global efforts to achieve the aim of The Deming Institute and leads their strategic planning, management, operations, marketing and communications efforts. He travels, speaks, writes and presents on behalf of The Deming Institute® and in support of his grandfather’s message. Kevin is a member of the ASQ Deming Medal Committee.

Previously, Kevin was co-founder and CEO of ViewBridge, Inc. The company was founded in 1999 and through its operating division, AdConnections, launched the first large-scale web-based sales system application for the broadcast television industry in 2001. AdConnections’ technology and approach helped streamline existing business practices, communications and negotiations in the US broadcast business.

Prior to that, Kevin was vice president regional sales manager for media rep firm, Katz Communications. His study and application of Dr. Deming’s philosophy led to his 1988 selection as a founding member of the Katz Kosmic Committee, a group tasked with providing guidance and leadership in the transformation to a new sales system. As chairman of the committee from 1995-1998 he helped guide the design and implementation of various sales, technology, and management systems.

Kevin was born and raised in Washington DC and graduated from UCLA with a B.A. in history. He currently resides in Ketchum, Idaho with his wife Judy, who volunteers full-time for The Deming Institute and serves on their Advisory Council. Dr. Ravi K. Roy is the inaugural W. Edwards Deming Fellow with the Institute, a position he assumed in January 2016, with promotion to Senior Research Fellow in January 2018. He is also Director of the W. Edwards Deming Quality, Innovation & Leadership Incubator (QUIL), and Senior Consultant of Quality of Management in the Department of Aviation at Southern Utah University. Prior to this, he served as both the Director of the Post-Graduate Program in International Development at RMIT University in Melbourne, Australia (2009-2011) as well as the Director of MPA program at California State University, Northridge in California (2011-2013). Ravi earned his Bachelors degree in Political Science at UCLA before going to earn his Masters and a PhD in Public Policy/Political Science at Claremont Graduate University, one of only a handful of private comprehensive doctoral institutions in California. He has held Research Scholar positions at the University of California, Santa Barbara (2011-2015) and the Claremont Institute for Economic Policy Studies (2002-2004). He also was the Stanton Avery Professor at Pitzer College (Spring 2002).

Professor Roy contributed to the design of The W. Edwards Deming Institute’s® 2014 Annual Conference, serving both on the host committee for California State University, Northridge and also on the design committee for this prestigious annual event. He further presented a paper that applies Deming’s New Economics and Arthur Denzau and Douglass North’s New Institutional Economics to improve inter-organizational systems thinking at the 2015 Deming Research Conference held at Georgetown University. Most recently, he has been working closely with Kevin Cahill and members of The Deming Institute’s Board of Trustees on the 2018 Annual Conference that will be hosted in Los Angeles, California.