The greatest obstacle to discovery is not ignorance; it is the illusion of knowledge.

After you decide that Deming’s ideas seem valuable you must act to adopt new methods in order to benefit from what you have learned. This takes many forms and I have discussed many possible steps in that direction in past posts. Today lets look at how to counteract confirmation bias once you appreciate the weakness that it introduces into your decision making process (based on an understanding of psychology and theory of knowledge).

One way to improve the system (based on the knowledge that confirmation bias is ingrained into how we think) is to encourage dissenting opinions in your organization. Often our organizations put great pressure on people to go along with the accepted opinion. This certainly makes things easier and it reduces interpersonal conflict (making things easier for managers). And in most cases going along is sensible.

The organization has survived and grown based on those accepted beliefs and practices. And the people in the organization will be reluctant to challenge what has worked. It is understandable that organizations have evolved in this way.

Most of those accepted beliefs are working fine within the organization or changes would have been made previously. It can be that the current practices are wise, or it can just be that they can be accommodated. One big problem for the organization is the impact of many different weaknesses, in isolation, may be minor but when you add up (or thinking systemically, when you appreciate the interactions created within the system by them) the impact of all the bad practices together might be very large.

In most organization we need to introduce changes to the management system that reverse the current pressure to go along and to not question or ask for evidence of current practices. Most management systems would benefit from encouraging the challenging the accepted beliefs. They would benefit from encouraging the testing of beliefs and the examining of the results of those experiments.

With an understanding of psychology we can accept that confirmation bias is a weakness in how we think. And we can see in our organizations all the ways we encourage compliance and going along. Such practices further reinforce confirmation bias. Even if someone could force themselves to question and push back against confirmation bias personally, when they see the challenges of moving forward with those thoughts within the organization they are dissuaded from doing so.

With that understanding we can see that in order to counteract this recognized weakness (poor practices being difficult to correct due to confirmation bias) we need to design management systems that counteract this weakness.

On a personal level making it a habit to question evidence that you believe supports your opinions is a direct way to counter confirmation bias. It is not sufficient, but it is useful once you learn how to truly question the merit of apparent support.

In a systematic way confirmation bias is reduced by the application of the PDSA cycle. If we document our beliefs and predictions, test them and then evaluate that test it is likely we will discover those beliefs that are unwarranted. Sadly this is not nearly so easy in practice – but the concept is pretty straight forward. We can counteract confirmation bias by writing down beliefs and testing them.

As scientists and statisticians know prediction and experimentation are the best ways to test beliefs. Without experiments it is fairly easy to find data that supports your current belief when you just look at historical data. To test a belief you need to experiment and judge the results of that experiment. 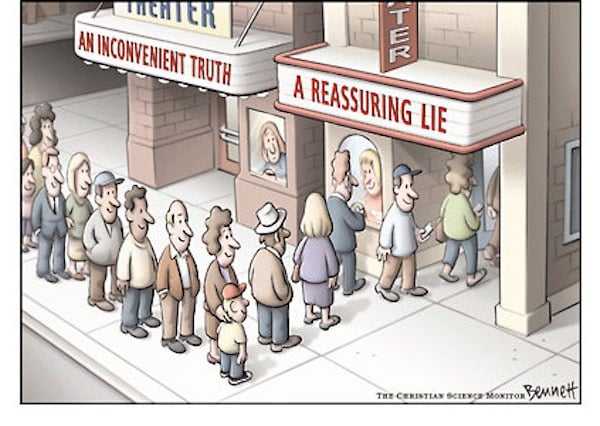 In management even those experiments are often going to be far from conclusive. There are usually many potential factors that impact the results. And in management we are rarely seeking scientific certainty, we are seeking to learn enough to manage well and to continually improve.

This is especially true if you make sure to experiment on items believed to have a large impact, even when it is suspected that the experiment won’t be fruitful. One insidious part of confirmation bias is that you won’t even question important factors because you assume it wouldn’t be wise to do so.

Even while accepting the truth of concepts such as confirmation bias we still must rely on the judgement of managers. We seek to improve that judgement in many ways including with an understanding of systems, psychology, variation and the theory of knowledge. But unlike what some people seem to think (that data, tools and process thinking will remove the need for judgement) using judgement remains an integral part of a manager’s responsibility.

We must make judgements about what to test and what to accept, this has obvious weaknesses given confirmation bias but it is a reality. An appreciation for the risks confirmation bias presents can help us be extra vigilant to avoid falling into the trap of being blinded by our existing beliefs.

It is important to learn about systems, psychology, variation and the theory of knowledge because we rely on judgement of people to make many decisions every day. We can’t write a bit of computer code to correct for the problem of confirmation bias. We need to learn and then adjust our thinking and our management systems to work well given our understanding of how our beliefs suffer from systemic weaknesses, such as confirmation bias.

Related: The Illusion of Knowledge – How to Use Data and Avoid Being Mislead by Data – Flaws in Understanding Psychology Lead to Flawed Management