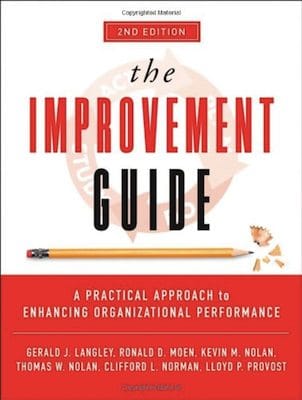 In the most recent Deming Institute podcast Ron Moen and Cliff Norman, of Associates in Process Improvement (API), discuss their paper (to be published in 2016), “Evolution of Deming’s System of Profound Knowledge” and the “journey of learning” Dr. Deming and they have experienced. Ron Moen and Cliff Norman are co-authors, along with their colleagues at API, of the excellent book: The Improvement Guide.

Cliff and Ron explore Dr. Deming ideas starting with his introducing to Walter Shewhart in 1927 and continuing until his death in 1993. The podcast guides us through Deming’s own learning, starting with SQC (Statistical Quality Control) to SQC for Management (which he taught to the Japanese) through the tremendous growth in the 1980’s after the NBC White Paper “If Japan Can…Why Can’t We?” Deming’s learning continued through multiple versions of the 14 points, Seven Deadly Diseases and the four elements of the System of Profound Knowledge.

[Ron Moen] The greatest contribution is putting those 4 parts together. Again there are great thinkers in each of those four, but what Deming did was put them together as a system. It is the interaction of the four parts that provides the profound knowledge. He did that; no-one else did that. I think that is his greatest contribution.

Which again makes it more abstract; because how do you look at all those four parts at the same time.

I share the believe about the management system expressed in the system of profound knowledge and the interaction of the components as the most powerful aspect of Deming’s message. It is hard to convey that idea easily.

Many other powerful messages Dr. Deming gave are also important, things like: control charts, the fallacy of blaming or rewarding individuals for system performance or variation, PDSA improvement cycle, respect for all employees, viewing the organization as a system, the importance of long term thinking with constancy of purpose, aspects of theory of knowledge (confirmation bias, seeing “patterns” where they don’t exist, accepting special cause explanations for system results…), customer focus, innovation, etc..

These more specific ideas are easier to explain (and even many of them take some effort). And individually these aspects are powerful. But what is far more powerful is a management theory which encompasses all of these ideas, and much more.

Reduce waste by putting together as a team the people that work on design, research, sales and production. If people had heard that version they wouldn’t have walked around saying “how do we break down barriers between departments.

The teachings continue to impact Ron and Cliff in their lives and work and this research provides fascinating insight into Dr. Deming’s personal journey of learning.

Ron talks about Deming’s attitude to lifelong learning. That meant that Dr. Deming continually updated his message. And when asked why previously he said something differently Dr. Deming replied “I make no apology for learning.”

Cliff also gives a great explanation that while tactics and details may evolve the theory that grounds the Deming management system is consistent. Learning how to continually improve how we understand and apply that theory is a life long process.

Related: Enumerative and Analytic Studies – Prediction is the Problem, Ron Moen’s presentation at the 2012 Annual Deming Conference – The History and Evolution of the PDSA Cycle